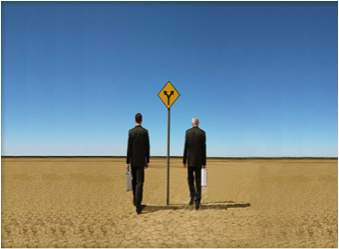 During the heat of their management quarrels, Philip "undertook a campaign to spy on Elting (Elizabeth)." He monitored her phone calls and emails, went into her office numerous times at night (e.g. late on New Year's Eve), took her computer and had the hard drive imaged by one of TPG's employees. He then searched and viewed her emails. Philip subsequently remotely accessed her computer and viewed almost 20,000 of her emails of which approximately 12,000 were privileged communications with her counsel. The feud resulted in four lawsuits.

Litigation hold letters went out but Philip did not take steps to preserve either his laptop or his iPhone. When Elizabeth discovered the majority of this deception, she moved for sanctions. The court ordered expedited discovery, including forensic imaging of Philip's computer. Philip complied with the forensic imaging of his laptop and testified at trial that he did not delete any files before the computer was imaged. However, it was determined by his expert (by viewing the shadow copy of his hard drive) that 18,970 files were deleted one day before Philip turned the computer over to him for imaging. Over 1,000 of those files were unrecoverable due to "CCleaner" having been used. Then, after the image was created, Philip directed the expert who created the image to delete another 22,000 files, including his copies of Elizabeth's privileged communications. Only then did Philip provide his computer to Elizabeth's counsel.

Four days after the court ordered an expedited trial, Philip's iPhone "allegedly was damaged" when his 5-year old niece dropped into a glass of soda. Philip gave the iPhone to his "trusted assistant", Joe Campbell, who placed the iPhone in his desk drawer. Shortly afterward, Campbell claimed he saw some "rat droppings" next to a nutrition bar in the desk drawer containing Philip's iPhone and proceeded to dump the content of the drawer into the garbage, including the phone. He concluded he "had a rat infestation inside his desk" (on the 39th floor of a commercial office building!)

Campell had been a paralegal for 5 years and had received both litigation hold notices. Philip made no effort to preserve or collect his text messages. The Judge stated Philip was familiar "with litigation discovery practices since he was the CEO of a company engaged in providing litigation support services" and "acted in bad faith and vexatiously by intentionally destroying files after being ordered to produce his computer for forensic examination, failing to safeguard evidence on his suspiciously lost phone, and lying repeatedly under oath. The Judge ruled that Philip intentionally and deviously destroyed information and violated a court order by deleting files from his computer, recklessly lost his phone in a "palpably suspicious" incident, and repeatedly lied to conceal these actions.

The court found that Philip's "repeated and intentional" perjury took the form of "false statements under oath, in interrogatory responses, in deposition testimony, trial testimony, and a post-trial affidavit. Philip's bad faith behavior led the Judge to order Philip to pay 33 percent of Elizabeth's trial related costs and 100 percent of fees and costs for the sanctions motion. This came to $1.7 million.

Lessons learned from this case clearly show digital blunders can be uncovered, and expensive. Whether it is deleting files with spoliation software, spying on someone else's computer, inappropriately viewing privileged information, or suspiciously losing evidence (e.g. iPhone), it can be traced. Such acts can be subject to hefty sanctions (here $1.7 million) despite the passage of the newest version of the Federal Rules of Civil Procedure in December 2015. Lawyers need to assure their clients are preserving potentially relevant data, especially in highly contentious cases, and work with computer forensic experts that can uncover these types of malicious acts.

If you enjoyed the humor in this case, you may wish to read the Judge's previous August 2015 ruling on this case (where he ordered the sale of the billion dollar business by a custodian). The back and forth tactics between the parties to harass each other are hilarious.

No comments have been posted, be the first!